In Puerto Rico the preparations for IYA2009 started in 2007. An organising committee was established (Mayra Lebrón and Carmen Pantoja) that considered the IYA2009 international goals in relation to our community. To establish the focus for our activities the committee used the most recent study published by the United Way in 2007 regarding the most important social problems and needs of Puerto Rico. This study (which is done every five years) made interviews and surveys that included the general population, community foundations and experts on social issues. It is intended as a tool to identify those problems and needs that should be given the highest priority. It included data from government agencies and other studies. From the seven most important needs identified in this study we selected the ones that could be addressed during IYA2009: 1-Problems related with the family — this includes child abuse, domestic violence, family disintegration, senior citizen care, among others, 2-Education — access to high quality services, opportunities for skill development 3-Values and Responsibility — in the social and community context. The study makes recommendations as to what populations should be given priority attention: children, young adults and senior citizens. The committee also reviewed the published results of the National Assessment of Educational Progress in mathematics which indicated an urgent need to stimulate progress in this area. There is also a need in Puerto Rico for providing inclusive materials for learning science for persons with disabilities.

The organising committee decided to focus our activities (aligned with the IYA2009 international goals) toward students (K-14), their families and teachers with the following goals:
Stress the value of personal effort to achieve goals;
Diminish the aversion or fear to mathematics in the general public;
Show the importance of science in daily life;
Show how science and technology can help attain a more peaceful and equitable society.

The organising committee developed a programme directed at undergraduate students that prepared them to work as volunteers in IYA2009 activities. We included college level students with diverse backgrounds and interests.

​​The IYA2009 organising committee established a working group of persons interested in science outreach projects from different campuses of the UPR, private universities, and the two major amateur groups of the island. Communicating the activities of IYA2009 was a continuous effort that included the different media (web, newspapers, TV and radio stations).

IYA2009 in Puerto Rico was honoured by the House of Representatives with a resolution recognising the value of the goals of IYA2009 and congratulating professional and amateur astronomers and the Starry Messengers’ involvement in this celebration.

Numerous public talks and star parties were organised each month with the participation of a diverse audience. More than 45,000 people participated or were impacted by these events, which included the two Cornerstone projects “100 Hours of Astronomy” (in which Puerto Rico was “Highly Commended” in the category of “Most Registered Events by a Single Group”) and FETTU. Puerto Rico followed with great interest and emotion the flight of the first Puerto Rican astronaut, Joseph Acaba, during the STS-119 Space Shuttle mission in March 2009. During June and December, Acaba and fellow astronaut Steven Swanson (STS-119) visited Puerto Rico and spoke to thousands of interested people in several locations across the island.

One of the goals of IYA2009 was to expand national and international collaborations and establish new partnerships. Our activities provided several opportunities to achieve this goal. We have had guest speakers from several locations in the world.

We contacted the IYA2009-Jamaica node to invite them to participate of our display of poetry from the Caribbean. The Jamaica SPoC Stanley Smellie facilitated two poems by members of the Astronomical Association of Jamaica: Stephen England and Gladstone C. Walling.

100 Hours of Astronomy was a challenging event that required coordination with organisations we had not worked with before. We established contacts with the National Park Service to set up the telescopes at the grounds of “El Fuerte San Felipe del Morro”. We established contacts with the San Juan City officials for use of the San Juan museum for display of the NASA/JPL Mars Exploration Rover during 100 Hours of Astronomy. We helped establish collaboration between the UPR School of Communications and the Arecibo Observatory. Students from the School of Communications under the guidance of Professor Carlos Malavé prepared the introduction video for the “Around the World in 80 Telescopes” event of 100 Hours of Astronomy.

We coordinated with Dr. Lucas Macri from the University of Texas for a remote observing session with the general public. During 100 Hours of Astronomy we had the visit and collaboration of JPL engineers Carolina Barltrop and Alfonso Herrera. These engineers interacted with the public and communicated the importance of the Mars Exploration Rover mission. During 21-30 May 2009 the graduate student Ms. Gloria Isidro from the University of Puerto Rico participated of the Science Education Conference Marking the Astronomy Year and Darwin Theory Bicentennial at Israel. The amateur astronomer Efraín Morales participated of the project from the IYA2009-Malta node:”Moon for All Mankind”. The amateur astronomer Eddie Irizarry visited the Dominican Republic and offered public talks and distributed education materials. During the 41st annual meeting of the Division from Planetary Sciences (DPS) of the American Astronomical Society which took place in Puerto Rico during the month of October more than a thousand students and teachers were able to interact with the visiting planetary scientists. The IYA2009-Puerto Rico was a great success. Having clear goals has been very important in attaining such a result. The participation of the events has been very high. The comments of the public were very favourable. The Puerto Rico Space Grant Consortium has allowed us to use the resources efficiently. The working group has expressed interest in maintaining the close collaboration that we have established during the year.

Thank you for contacting us! If needed, you will hear back within 48-72 hours. 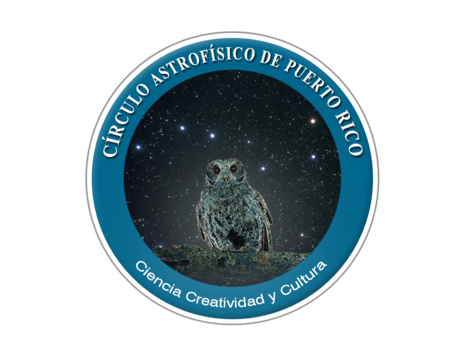